The University of Cádiz

The University of Cadiz (UCA) was founded in 1979 and currently hosts more than 1,100 researchers and over 20,000 students per year, offering more than 100 degrees, ranging from graduate to official master's degrees in all fields of learning. The research and innovation activities are one of the pillars of the UCA, with 169 research teams divided into 9 main areas.

The UCA is involved in CoastSnap project since 2020, when the first CoastSnap station in south Spain (“CoastSnap Cadiz”) was installed in Santa Maria del Mar beach, an urban beach in Cadiz city, with the support of the Vice-Rectorate for Science and Technology of UCA and Cadiz city council. The scientific responsible of the station is the Coastal Geomorphology Research Group, belonging to the Faculty of Marine and Environmental Sciences.

CoastSnap Cadiz station is located on a natural headland at the seafront, in Plaza de la Estrella.

Citizens can share their photos of the beach on social media using the hashtag #coastsnapcadiz, or alternatively, they can send the photos to the research team by email (This email address is being protected from spambots. You need JavaScript enabled to view it.).

A promotional video of the station (in Spanish) is available on Youtube: 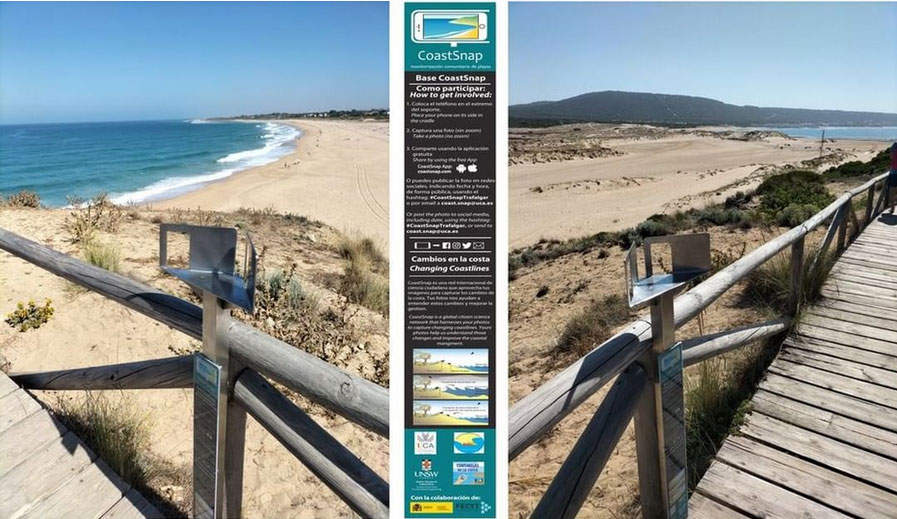 The University of Vigo and The Marine Research Center

The University of Vigo (UVigo) was founded in 1990 and it has progressively increased the quality of its scientific research and investments in research infrastructure. UVigo employs 2,400+ faculty and researchers and 1,000+ administrative and support staff, and educates 23,000+ students. The Marine Research Center of Universidade de Vigo (CIM-UVigo) is constituted by more than 230 people distributed in 15 research groups. CIM scientific priorities are Climate change and Marine biotechnology, at its main areas of specialization are: Biodiversity and ecosystem services, aquaculture and sustainable use of resources, integrated coastal zone management, global change and pollution and renewable energies and new resources.

The CIM-Uvigo is involved in CoastSnap project since 2018, when the first station in northwest Spain (“CoastSnap Cies”) was installed in Cies Island (National Park). Three more stations were installed in 2019 (“CoastSnap Agrelo” and “CoastSnap Lanzada”) and in 2020 (“CoastSnap Area Maior”). Citizens can share their photos of the beaches in the social media using the hashtag #coastsnapcies, #coastsnapagrelo, #coastsnaplanzada or #coastsnapareamaior respectively, or they can send the photos to the research team by email (This email address is being protected from spambots. You need JavaScript enabled to view it.). 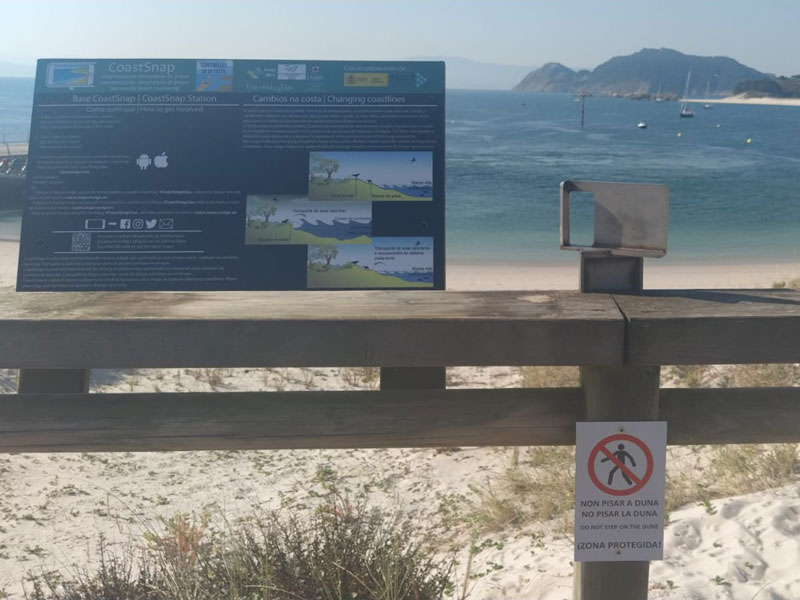 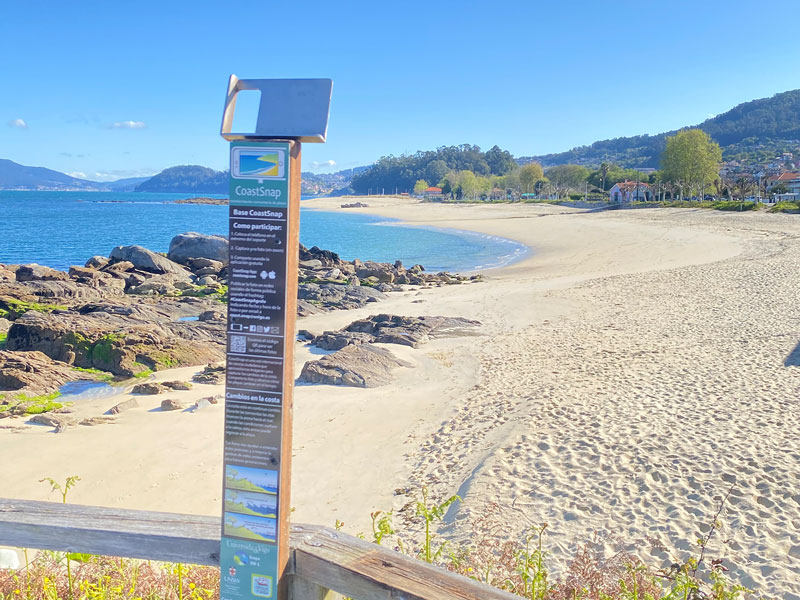 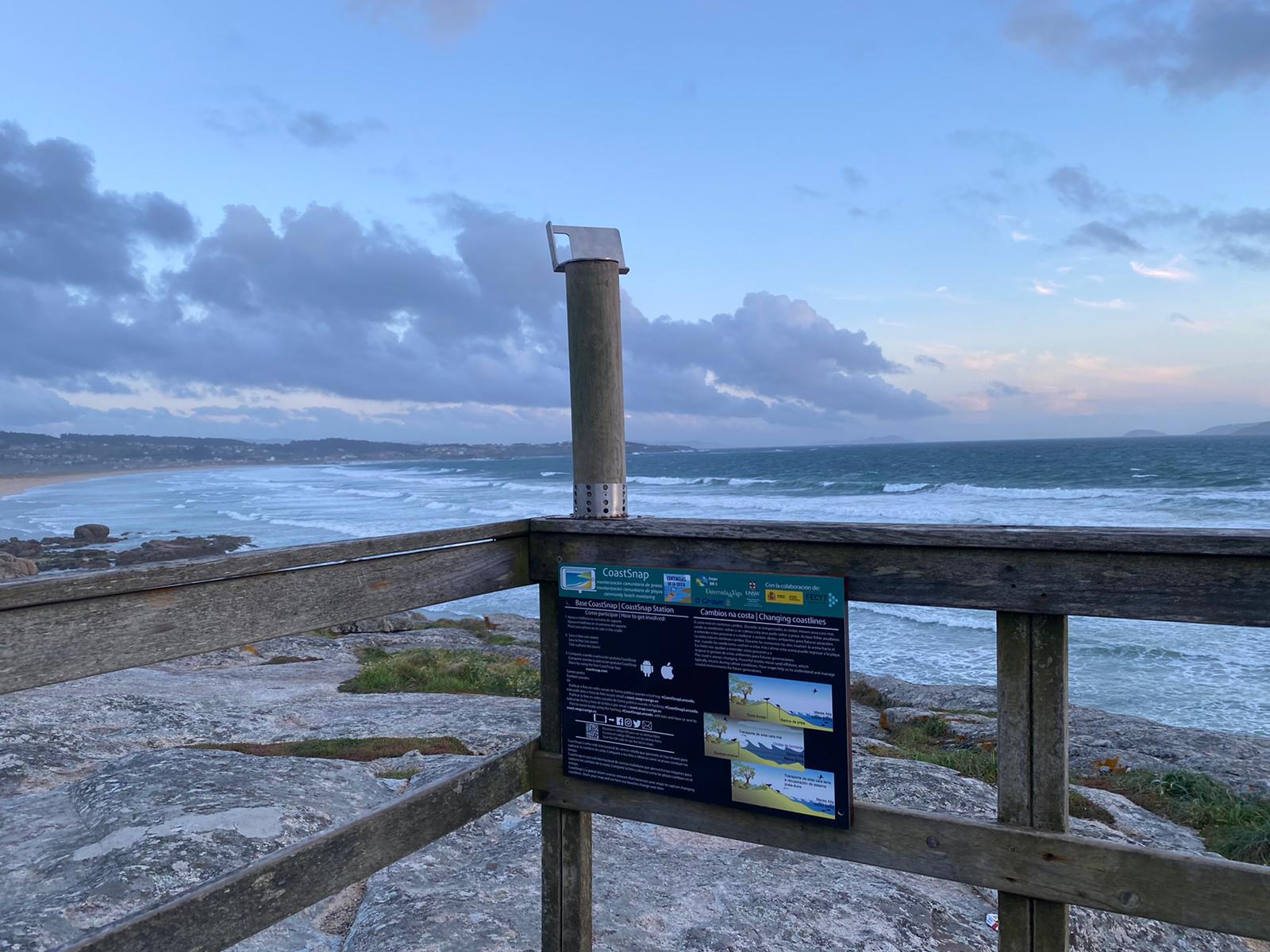 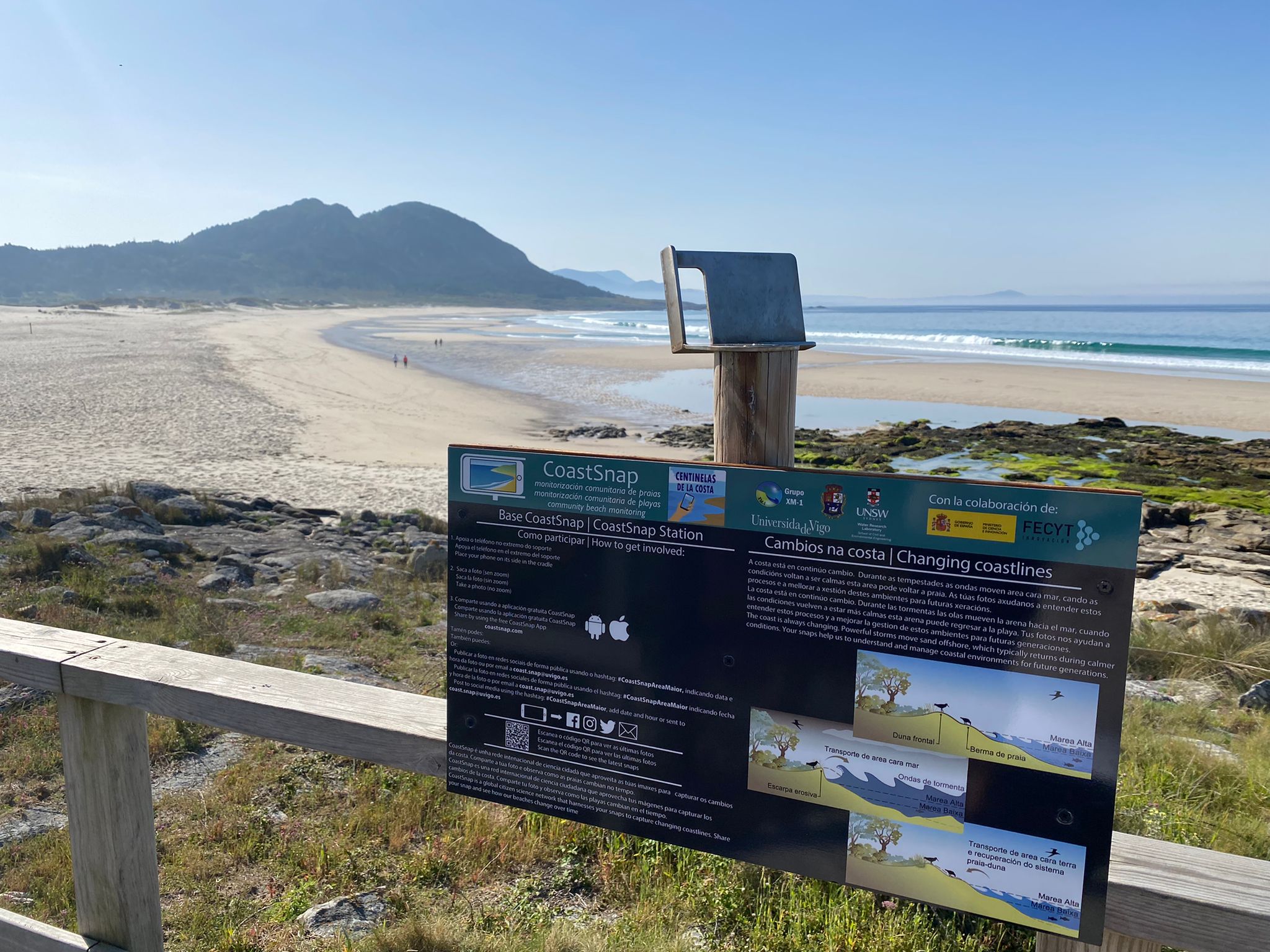 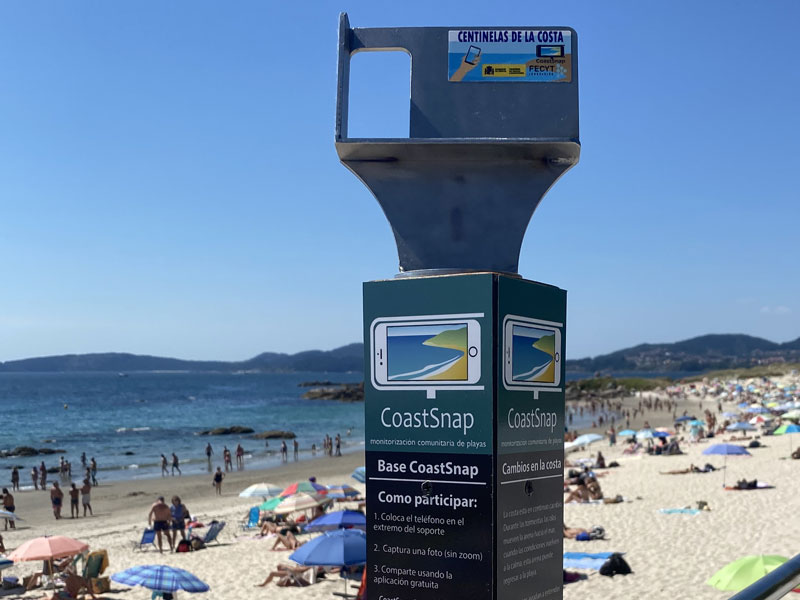 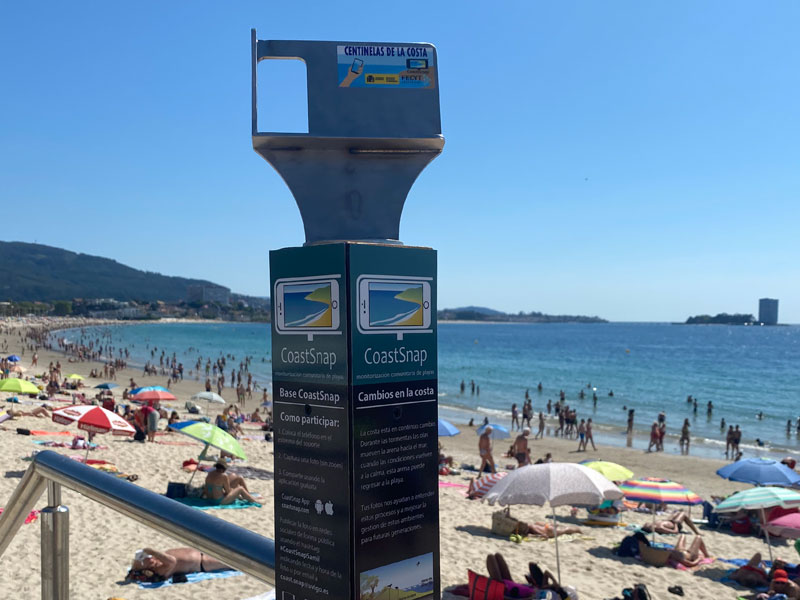 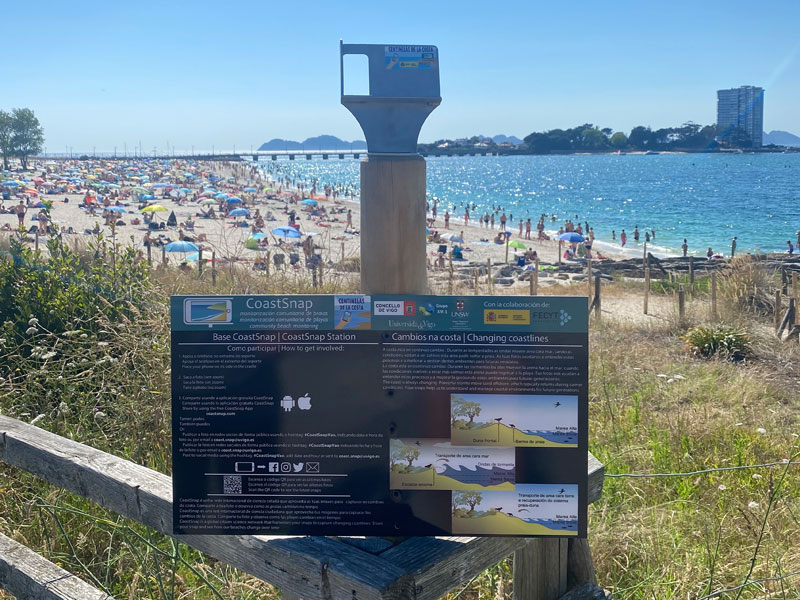 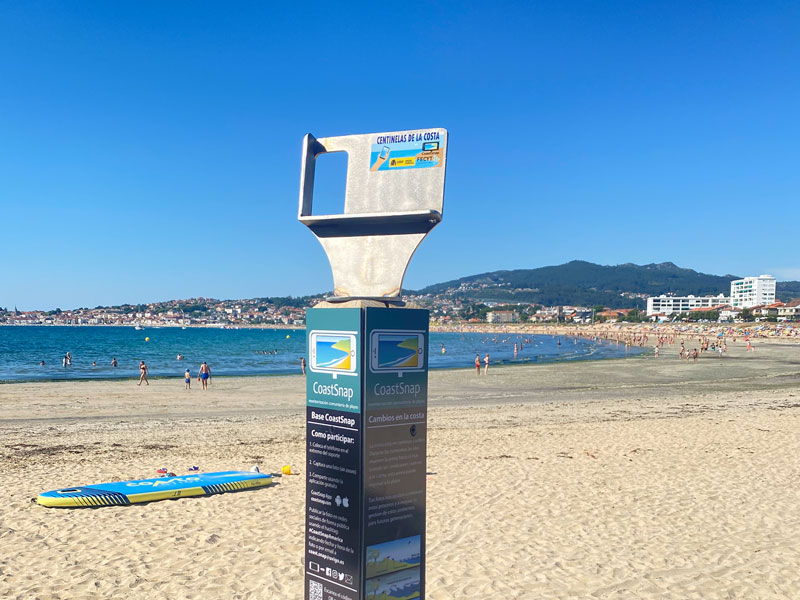 The Balearic Islands Coastal Observing and Forecasting System (SOCIB) was created in 2007 to advance knowledge, understanding, and sustainable management of the global ocean and the Mediterranean Sea. Since 2011, operates an observing and forecasting system that continuously monitors the Western Mediterranean Sea, collecting data through multiple platforms, including integral beach monitoring systems. In particular, SOCIB's Beach Monitoring facility uses different approaches-instruments to monitor and characterize coastal processes, contributing to state-of-the-art of near-shore research, coastal engineering, and beach sustainability through the study of physical processes related to beach morphodynamic variability and trends in the Balearic Islands.

The SOCIB has been involved in the CoastSnap project since 2022, when the first station was installed in S'Amarador beach (Mondragó Natural Park, Mallorca, Balearic Islands) in cooperation with the Environment and Territory Council and the European Funds, University and Culture Council of the Balearic Government. Citizens can share their photos of S'Amarador beach on social media by tagging @CoastSnapBabl and using the hashtag #CoastSnapSamarador or send them by email to This email address is being protected from spambots. You need JavaScript enabled to view it.. 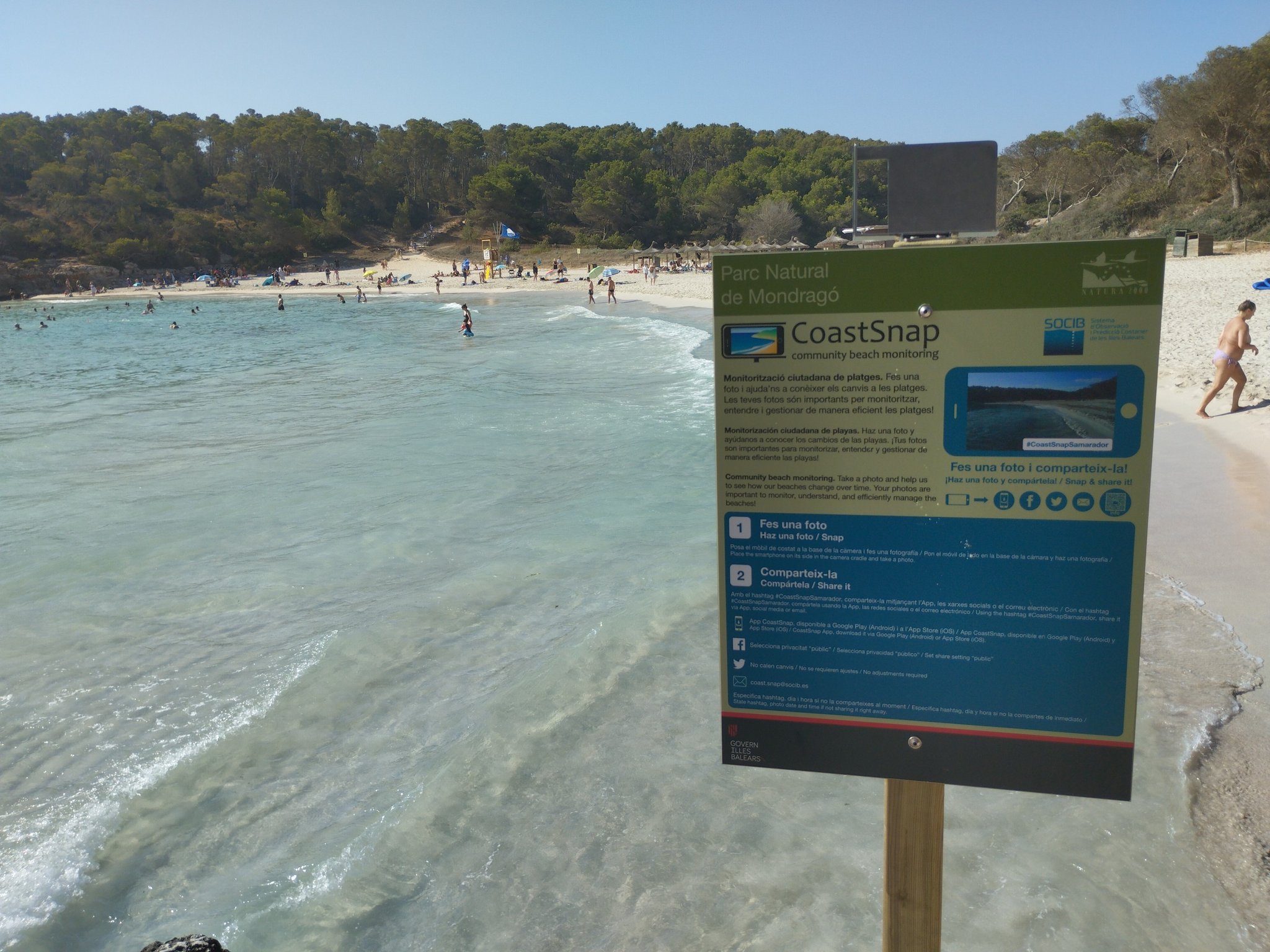 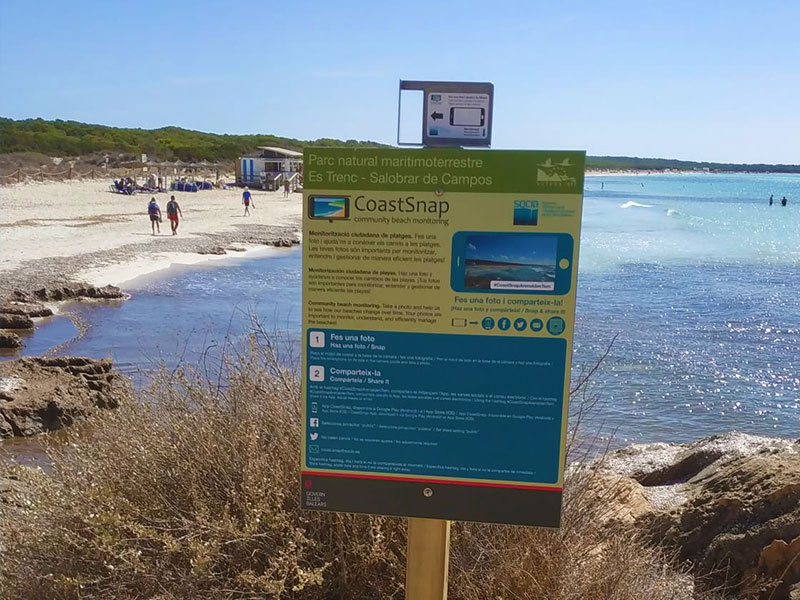 The Institute of Marine Sciences (CSIC), in Barcelona, ​​has more than 20 years of experience in coastal video monitoring. The team is responsible for the installation of the first ARGUS system on the peninsula (in Barcelona) (https://coo.icm.csic.es/es). The team members have participated or are responsible for the creation of the SIRENA and ULISES software for image acquisition and analysis. His works include methodological aspects (e.g., automatic shoreline acquisition, bathymetric inversion) as well as analysis of the morphodynamic response of the beach to different forcings (erosion, rotation,...) and its evolution at different time scales using both observations on-site and remote.

The CSIC is involved in the CoastSnap project since 2021 when the first station was installed in Castells beach, it is expanded to the Valencia coast with the installation of a CoastSnap base in Calpe beach. 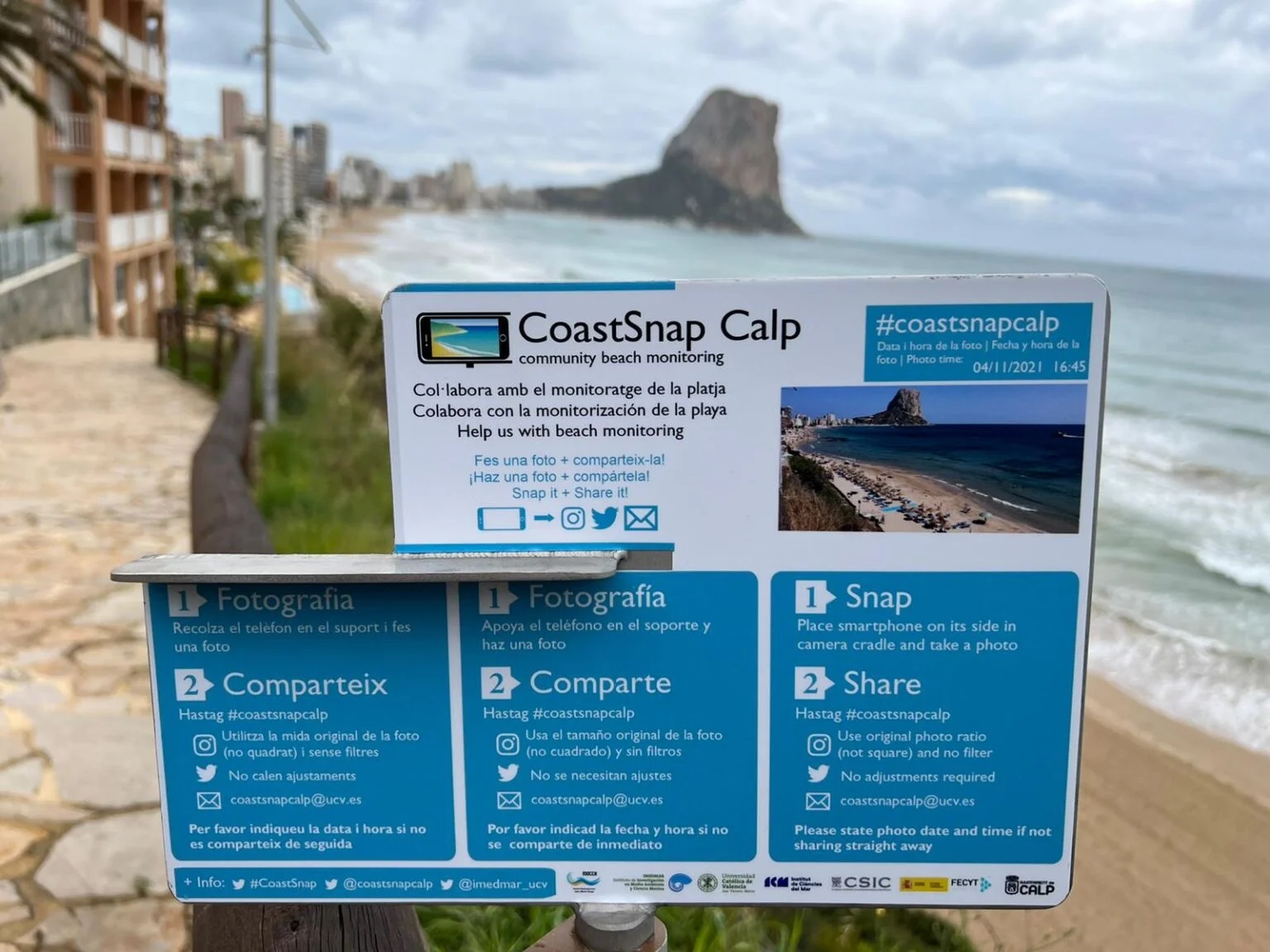 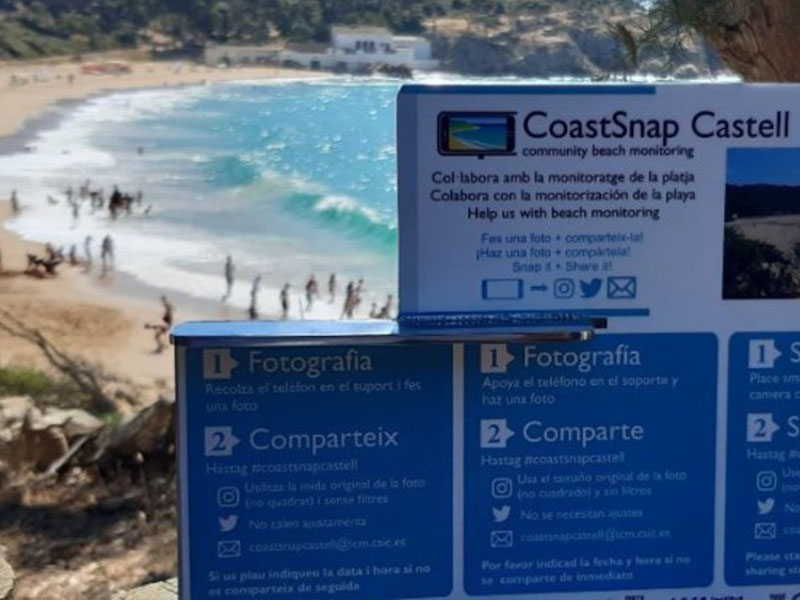